But False Prophets Arose Among the People 2 Peter 2:1 - 3

Click here for a .pdf version that retains all of the original formatting. Easier to read.

1 But false prophets also arose among the people, just as there will also be false teachers among you, who will secretly introduce destructive heresies, even denying the Master who bought them, bringing swift destruction upon themselves. 2 Many will follow their sensuality, and because of them the way of the truth will be maligned; 3 and in their greed they will exploit you with false words; their judgment from long ago is not idle, and their destruction is not asleep.

It's natural for a small church family to want their church to thrive.  Right?  I understand that.  I'm painfully aware that visitors will come, often more than once, and then they vanish.

And I know you can't help at least ask yourself the question; if we had a different preacher would they have stayed.  Would the church experience growth if Jim could tone it down.  A little, maybe.

First;  I'm not very fuzzy.  It's the way God made me, I'm never the popular guy.  People enjoy me after they get to know me.  They find out I have a sense of humor.  An intelligent twinkle.  But at first, I put people off by my natural shyness.  God made me decidedly not the life of the party.  It is what it is.  I'll never be Billy Graham.

Second, and more importantly, the Bible is what it is also.  It's a lion, and when you let it out of the cage, it frightens some, and eats others for lunch.  How do you tone down a lion?  Well, the answer is obvious.  You leave it in the cage.  Something I am not willing to do.

Timothy was under pressure in Ephesus.  He may have had an ulcer.  He was intimidated by men who were more powerful, perhaps more eloquent, and who were also older than him.  It was taking a toll.

And Paul, who knew he would not be around this time next year, wrote to Timothy to encourage and uphold him.  Here's what Paul told Timothy;  2Tim 4:1-5

I solemnly charge you in the presence of God and of Christ Jesus, who is to judge the living and the dead, and by His appearing and His kingdom: 2 preach the word; be ready in season and out of season; reprove, rebuke, exhort, with great patience and instruction. 3 For the time will come when they will not endure sound doctrine; but wanting to have their ears tickled, they will accumulate for themselves teachers in accordance to their own desires, 4 and will turn away their ears from the truth and will turn aside to myths. 5 But you, be sober in all things, endure hardship, do the work of an evangelist, fulfill your ministry.

Let me see a show of hands.  Who here likes to be reproved?  Rebuked?  Exhorted?

I rarely do that individually.  But sometimes the Lion does.  The word of God when it is taught with authority, has that effect on people.  The Bible is a book that is in direct conflict with our natural fallen flesh.

From Genesis to Revelation, the lion of the Word of God constantly shows us ourselves in a mirror, and there is conflict.  The conflict of the God of heaven and a sinful world.  A perfect recipe for a small church to stay small.

We Americans are pragmatic folk.  Especially in the 21st century.  We are results oriented.  Results sell big.  Results are a multi-billion dollar business.  Thousands of books and millions of words, to tell us how to get the result we want.

And evangelicalism is right at the front of the results oriented pack.  All of the same seminars that corporate America pays huge money for their leaders to attend and get better results, get Christ-i-fied and repackaged for the christian crowd.

Christianized success seminars.  Christianized leadership conferences.  Christian books are a multi-billion dollar business.  But  . . . .  the lion is a problem.  People don't like the lion.  So . . . what to do?  Tame the lion?  Pull out his teeth?  Leave him in his cage?  Maybe put a curtain around the cage so he'll sleep most of the time.

Talk a lot about the lion, but leave him alone.  Don't wake the lion up.  Let sleeping lions lie.  Tell lots of stories about how ferocious he is, but leave it at that.

Well, there's nothing new under the sun.  And the folks in Timothy's and Peter's day were just the same as folks are now.  Paul says;  For the time will come when they will not endure sound doctrine; but wanting to have their ears tickled, they will accumulate for themselves teachers in accordance to their own desires, 4 and will turn away their ears from the truth and will turn aside to myths.

What happens when there's power and prestige and money available and all that's required is to jettison the Bible?  Since Peter's time until our time there is no shortage of people who will fill that role.  Teachers who will back away from the scandal of the conflict of sinful people and righteous God.

But the problem is;  we aren't talking about christian lite.  We're talking about something less than real christianity.  Ultimately, the teachers and most of the taught, will go to destruction.

What all of these passages have in common is a christianity and a gospel that has stopped short of a salvation that is regenerative.  Of course, that's an oxymoron.  There is no salvation without regeneration, but that accounts for much of what Jesus taught in the Matthew 13 parables.

Wheat and tares growing together.  Seed that sprouts but never produces any fruit.  The real and the phony.  It gets choked out by weeds or burned out by sun or eaten by the birds, and no increase ever comes.  Seed that does not bear fruit, and tares mixed in with wheat; are not real christians.  They look like christians, but they are not.

We've talked about the schemes of Satan before.  He runs the cosmos.  The world systems.  I've often thought he runs his money scam all day long and his sex scam all night long.  And booze and drugs.  Drugs are getting big these days.  All that stuff is the world's stuff.

But for the church of God, he runs a far more subtle scam.  False teachers.  Teachers who introduce a psuedo-christianity that is attractive to non-christians.

And in true form, he has all different styles and colors of christianity without Christ.  Something to appeal to all the different types of customers.

Everything from high-church religiosity, complete with the christian versions of pharisees, to low church name it and claim it and mail your money off to Creflow Dollar christianity and a thousand other schemes in the middle.

Because it turns out you can poison a man a tiny bit at a time or all at once.  Either way, he's just as dead.  And as we'll see, this has been going on for as long as God has had a people set apart to be His own.

The jews had it, and the church has it.  And Satan's filling up hell with religious people.  And as a bonus, from time to time, he'll blow up his own false people and it hits the news like a poop bomb and the real church is dis-credited.  Again.  And again and again ad infinitum ad nauseum.

That's what this second letter from Peter addresses.  And that's what the entire parallel book of Jude addresses.  And there are many many other places in the New Testament and the old that address false teachers and false prophets.  It is a problem that will never ultimately be solved until Jesus returns and crushes all evil.

So, let's dive in and learn about false teachers from Peter.

1 But  .  .  .  stop right there.  The reason for the conjunction right at the beginning of chapter 2 is that when Peter wrote this, there were no chapter and verse breaks.  And what Peter says here is directly part of the discussion at the last of chapter 1

1:19 So we have the prophetic word made more sure, to which you do well to pay attention as to a lamp shining in a dark place, until the day dawns and the morning star arises in your hearts. 20 But know this first of all, that no prophecy of Scripture is a matter of one’s own interpretation, 21 for no prophecy was ever made by an act of human will, but men moved by the Holy Spirit spoke from God.  But false prophets also arose among the people, just as there will also be false teachers among you, who will secretly introduce destructive heresies, even denying the Master who bought them, bringing swift destruction upon themselves.

Peter is telling us how real scripture happened and then he says, but there were phony counterparts to the men moved by the Holy Spirit who brought us the real scriptures.

That's how Peter launches us.  There was the real; but false prophets also arose among the people,

Satan never has an original idea.  He traffics in counterfeits.  Real prophets, false prophets.  Real scripture.  Heresy that sounds like real scripture, written by false prophets and false apostles and taught by false teachers.  This is how Satan rolls.  From ancient times to today.  Nothing new here.

but false prophets also arose among the people, just as there will also be false teachers among you,

Peter uses a most interesting choice of words here to define Satan's method with God's people; past and present. 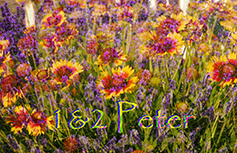